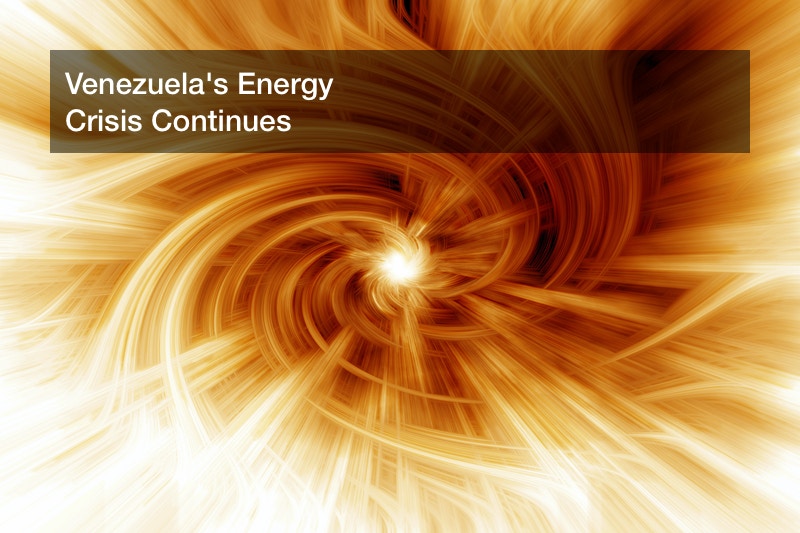 Venezuela continues suffering from a long-term power shortage, causing random blackouts and leaving many of its residents without electricity in their homes. How did this happen, especially when Venezuela was once lauded for its renewable energy use? 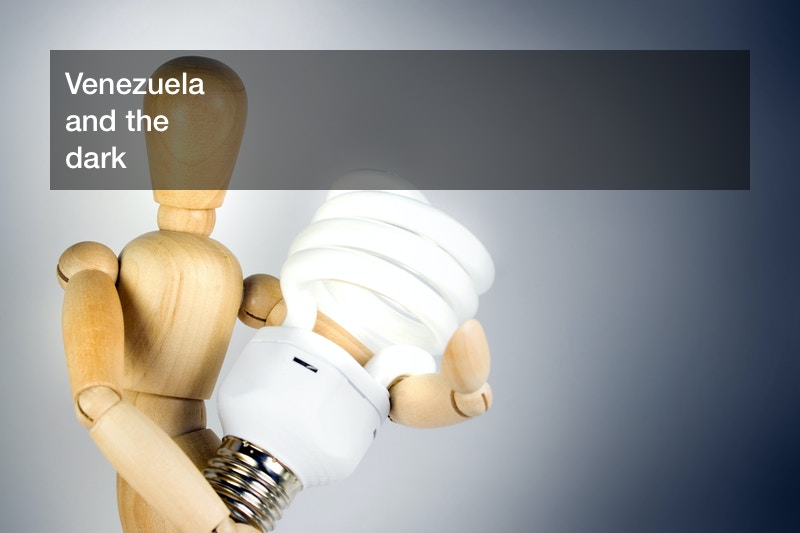 The Simón Bolívar Hydroelectric Plant, or the Guri Dam, provided much of Venezuela with its power until an unforeseen — and somewhat unexplained — event occurred in early 2019. When that power grid failed power outages swept through the country, leaving 18 out 23 states in Venezuela and its capital, Caracas, in the dark — literally.

With the dam providing as much as 80% of the country’s power, according to The Guardian, the hydroelectric systems’ troubles hit hard.

The source of the outage remains unclear. “It’s not clear whether the issue is with the plant itself or the transmission lines leading from it,” NPR reports. Further, President Nicolás Maduro blamed the interruption of power on the U.S., citing years of “hate, death, and violence” in an official, televised address. Leader Juan Guaidó, Maduro’s opposition, attributes the power crisis to years of neglect and incompetence by Maduro’s administration.

Other sources suggest even more possible causes. Some blame lizards for chewing through important dam electrical structures or rodents and small animals, like cats and snakes, for burrowing into and damaging the hydroelectric system’s substations. A final theory by senior official Lisandro Cabello suggests that Venezuela is so abnormally hot being located so close to the Equator, that the country depleted its power sources much, much faster than anticipated.

The exact cause or causes of the crisis may never be known. Suffice to say, the real source of the problem gets lost in political turmoil or in unsubstantiated conjecture.

What Were The Immediate And Lasting Effects Of The Power Outage? 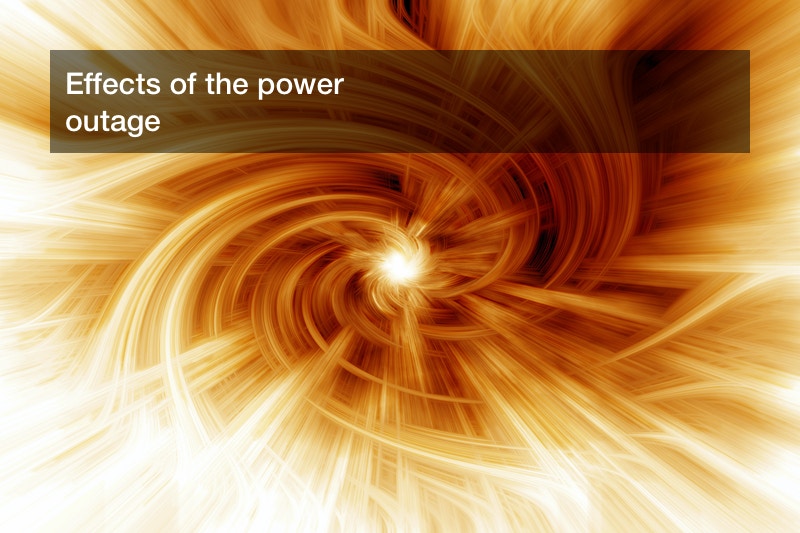 While the exact reasons behind the Venezuelan power crisis remain unknown, one thing is certain: the power outages caused lasting, devastating effects.

In the early days of the crisis, 15 patients died from the abrupt interruption of their dialysis treatments. Businesses closed. Many households ran out of food, water, and other basic necessities. Cellphone and Internet service stopped working. People began looting capital grocery stores, and images of offenders emerged online of looters detained facedown on the ground with their shirts pulled over their faces.

Those with some food remained in their homes without water, electric lights, or air conditioning and heating services.

Obviously, such extreme periods of unrest and turmoil could not persist. The government stepped in to take measures to counteract the economic fallout and relieve the disastrous shortages of food, water, and medicine. Maduro attempted to enforce guidelines to ration the remaining power supply and get the water service back in working order. Some government officials have passed orders to shorten school days and workdays to conserve energy.

Without organization and quality energy conservation services, the situation in Venezuela is unlikely to improve. The devastating power outages — along with economic and political unrest — have resulted in protests and many others simply leaving the country for good.

Possible Solutions In The Works 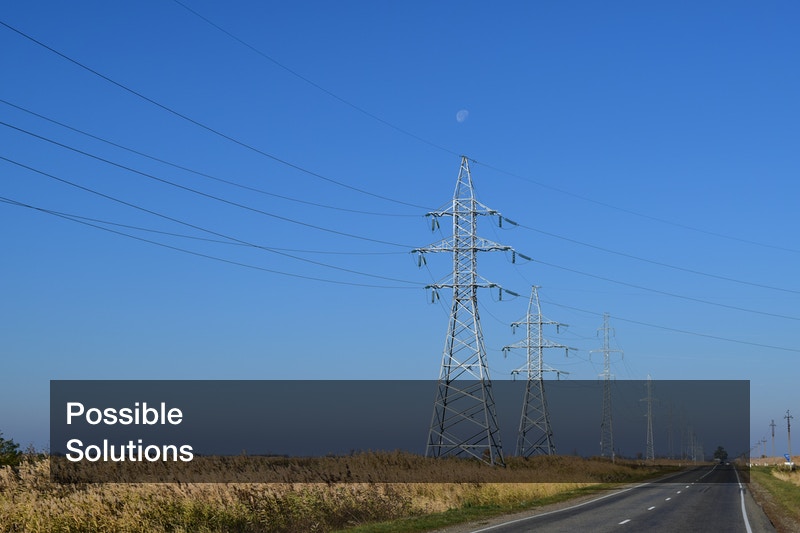 Ongoing power loss makes it clear: Maduro’s short-term solutions are not enough. “The crisis-hit country is considering the construction of wind, solar, and hydroelectric projects on a medium scale to strengthen its National Electric System,” PV Magazine writes.

How exactly would this work? First, the chaos caused by the sabotage or malfunction of the dam makes it clear that Venezuela relied far too heavily on a single power source. The new plan aims to diversify power resources using inexpensive, renewable sources — with a particular emphasis on solar energy and wind energy.

Right now, Venezuela is dramatically underutilizing its solar or photovoltaic (PV) potential. The capital of Venezuela, Caracas, is located just 725 miles from the Equator, and the city receives an average of 2,688 sunlight hours per year. At its sunniest, Caracas can potentially experience up to 4,383 sunlight hours per year. In other words, by relying almost exclusively on hydroelectric power, Venezuela is undermining an invaluable and abundant energy source — for now.

New initiatives that are in the works hope to change that. The few solar or PV panels currently in place in Venezuela tend to be small, isolated projects. New projects would be much larger and take advantage of large swaths of land, like Venezuela’s tropical lands and farmland. Of course, the added benefit of agriculture solar systems would be powering farms — not just private residences — using this newly harnessed source of energy.

Unfortunately, taking full advantage of solar energy and wind energy in Venezuela would require adequate preparations, like land surveying (assessing the angles, distances, and topography of various points on terrain), and widespread implementation — things the country does not currently have the money to finance. However, the government is looking into alternatives — like funding the vital projects with cryptocurrency.

What The World Can Learn From Venezuela 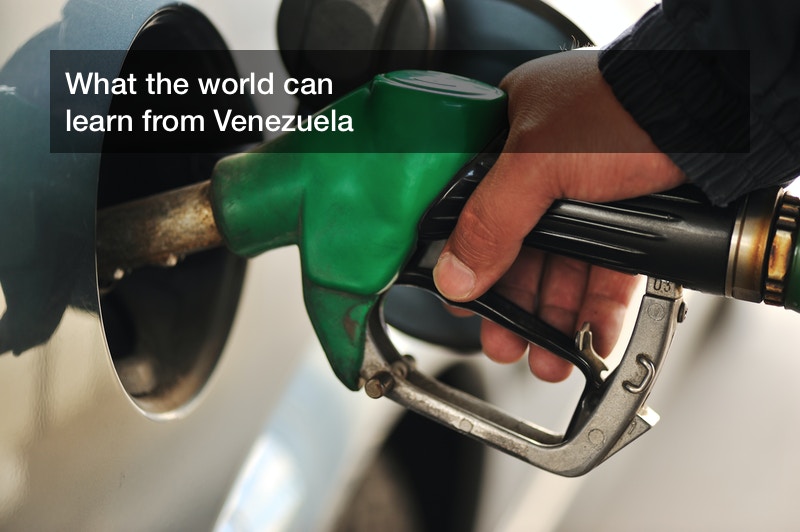 Perhaps the most important takeaway from Venezuela’s power crisis is that it is dangerous and reckless to rely too heavily on a single source of renewable energy (or any power source, for that matter).

Researchers warn that intermittency or the variability of renewable energy sources may also stir up problems. For example, the sun is only out for so many hours per day, per week, per season. The wind is inconsistent, with some days generating enough wind for plenty of power and others being atypically calm. Even hydroelectric power relies on water sources running with at least some regularity.

There are ways to work around that, however. Currently, power is generated and stored, where it can be utilized by the grid as necessary (i.e., it is not always generated in real-time). Right now, renewable sources in the U.S. are only accomplishing a fraction of what they possibly can largely owing to rules and regulations.

For example, right now, private residents and architectural metalwork may be fixed with solar panels. That energy can be used in real-time, in-state. Of course, that saves homeowners or farm owners money over time, but the monetary and energy savings does not extend quite as far as it potentially could.

Opening up the grid or removing some of the laws and regulations currently in place would effectively solve that problem. “Imagine if the grid were open,” Wired writes. “New York’s noon solar peak could be shipped to Palo Alto just in time for the morning boot up. California’s afternoon winds could power the East Coast’s evening binge-watching.”

Another obstacle to overcome to widely use renewable sources and avoid a power crisis like Venezuela’s is to find ways to effectively and adequately store renewable energy. Most efforts currently rely on traditional lithium batteries, but there is not enough lithium for this to be a sustainable solution. Using gravity and hydroelectric power sources may be one way of keeping a reserve of power and reliably tapping into that power reserve whenever we need it.

The Undeniable Advantages Of Solar Energy Use

Of course, the U.S. is on track to incorporate more widespread renewable energy use. Until then, homeowners can get one step ahead of the game and install PV panels on or nearby their homes to reap all the benefits of solar energy. What are the benefits?

Start reaping the benefits of solar power use today — or in the very near future! Contact mechanical contractors to determine the optimal placement for your PV panels with the highest possible sunlight exposure.

What Can You Do?

Installing solar panels is an important first step to save money, gain freedom, and reduce your carbon footprint. There are even more steps you can take to ensure that, once you begin using solar panels, you use them as efficiently as possible.

To accomplish this, start with an energy audit. It can be difficult to determine where you are wasting energy in your home without one. An energy audit will identify areas for opportunity. It will help you learn whether you are losing heating and cooling through drafty doors or windows, leaky faucets or showerheads, or a lack of insulation. Even if your electricity is powered by solar energy, you are still wasting it if it seeps out of the cracks and crevices along with the windows of your home.

After getting an energy audit, use less energy in your home by performing routine tune-ups and maintenance. For example, contact HVAC services if your air conditioning unit is the source of the problem. You may need a new one, or you may simply need to make certain to keep up on monthly or bimonthly maintenance, like changing your AC filter.

If you are losing heating and cooling through drafty doors and windows, fix them. Consider purchasing new, weather-resistant frames, re-caulking doors, and windows, using weatherstripping, foam insulation, window films, or door snakes, or hanging heavy, insulated curtains. The goal is to make your home as energy-efficient as possible. Without measures like an energy audit and simple fixes around the house to use less energy, the average U.S. household wastes 30% more energy than an efficient home.

Renewable energy is the way of the future. Even so, it is important to transition to renewable energy sources in a way that is sustainable, efficient, and practical. Venezuela’s energy crisis is teaching the world that it is wise to diversify sources and plan ahead for bumps in the road that may be caused by economic hardships.